8 Things You Need from A Car Once You Have Kids 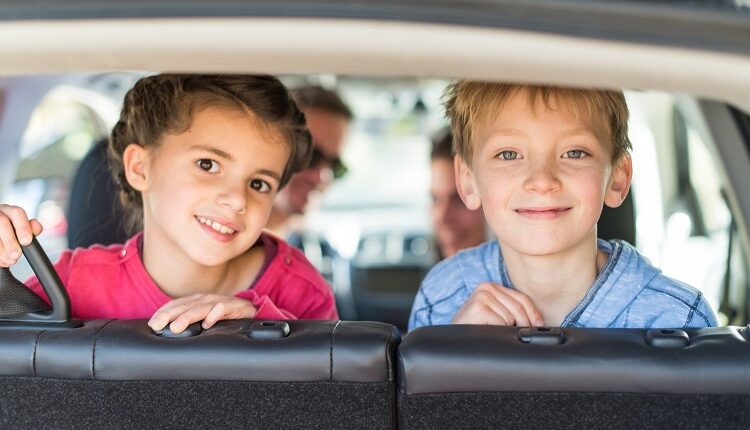 If you’re expecting a child then hopefully you are already aware that your life is going to change so much once that child arrives. The thing is, you truly have no idea just how drastic that change is going to be. Apart from the lack of sleep – which FYI isn’t a thing for all parents, that little black hole of all things money and time is going to change your life in ways you cannot even imagine. For the most part, you’re going to love your new life because it does, as cliché as it sounds, give your life a new profound purpose, but in other ways, you’re going to want to cry… a lot.

Sometimes those tears will be from utter frustration with your partner – who isn’t getting up 50 times a night, sometimes you’ll cry because you realise you 100% have no idea what you’re doing, and sometimes it’ll be because your little angel is just so precious that the tears just flow by themselves (which in hindsight could have been a touch of postpartum depression…).

On the whole, parenthood is the most joyful, rewarding, and spine-chillingly terrifying thing ever and you will never be truly prepared for what is about to come your way. What you can do though is be as prepared as humanly possible, and one of the best ways to prepare for parenthood is to buy a new car…but not just any new car, one that will provide you will these 8 important aspects.

I am a child of the late 80s so if we had a seatbelt in our car growing up then that would have been one of the safest cars on the road at that time. Times were different then and our parents had an excuse, it was just the way things were. To be fair, I grew up in a third-world country so maybe things were different in other places… either way, safety is non-negotiable these days. Before you buy a new car, check out a Nissan Qashqai review, the safety features, and safety rating is so impressive.

As I mentioned above, children, as delightful as they are, are giant black holes of disappearing money. Between all the standard costs of having a baby like nappies, food, clothing, and toiletries, there are other costs like medical, parental classes, and breast pumps. The last thing you’ll want is a car that is equally as money-hungry, especially when you’re also paying off a car loan.

I cannot stress this point enough. Now I am aware that I am not your run-of-the-mill average mum, I run the marketing division of a multi-million dollar company and keep my beautiful baby boy happy – not to mention my husband, who I think is happy, and my two beautiful pooches in tip-top shape. The way I manage all of that is constantly being prepared for anything and everything. The only way I can do that is by having a giant boot that can fit everything in that I need to constantly be prepared for anything. Your boot needs to hold so much when you’re a new parent so don’t be tempted into buying a sporty little car, it hasn’t ever worked out for any parent in the past and it’s not likely to in the future either – you will not be the exception.

This one won’t affect you yet so if you are in the habit of buying a new car every 2 – 3 years then by all means skip over this point. If you’re like me and take a long time to decide on the perfect vehicle then you will be reluctant to go through that time-consuming process so often, which means you need to plan well in advance. Unless your child is an absolute monster then he/she will make a lot of friends and take up hobbies, those things need car space.

My husband and I had such good intentions when we first had Noah, we decided right from the start that we were going to feed him only organic foods when he stopped breastfeeding, we were going to bring him up in a bilingual household, and we were going to limit his screen time when the time came. Well…two out of three isn’t bad. Noah loves music and he loves videos with animals, and I unashamedly give him that when we’re travelling with our car multimedia system. He’s happy; I can focus on the road – so it’s a win-win situation.

I should be honest here; I needed this way before having a child. I have no idea how I ever survived before the magical sorcery that is a park-assist camera was invented. Well, that’s not true, I do know – I avoided the hard parking spaces and circled the block until one came along that I could handle. Trust me, when you’re desperate to change a nappy you’re going to want to park quickly – those extra seconds will mean everything.

Whoever invented this nifty technology is either a parent or a hard-core shopper. Get yourself a car with an automatic boot opener that can detect your key fob from 3 feet away. That way when you get to the car with a kid in one arm and a bag of shopping in the other, you just need to wiggle your foot under the sensor and your boot will pop open to welcome you.

This one is a no-brainer but I felt it deserves a mention. You’re going to want to keep direct sunlight off of your baby; you won’t have a choice because teeny-tiny sunglasses just aren’t practical… That was a joke- we all know your baby will never be as cool as mine anyway. However, I digress; the point is you need to either get a car with tinted windows or one that was window shades on the side windows. Your baby will sleep better and therefore cry far less, or that’s the idea anyhow.

That wraps up my handy list of new car must-haves when you’re a parent. Do your research and buy the right car for you and your soon-to-be new needs but don’t stress, we all wing parenthood and most of us are doing just fine.

Chas Todd Jan 24, 2022 0
Motor vehicle safety inspections are performed on most passenger vehicles to ensure the safety of their occupants.…
Auto

Classic Vintage Cars Can Never Lose their Aesthetic Value to…